Making Change Together with the Cool City Challenge

At this morning’s EPA webinar (part of a dynamite series by EPA's West Coast Climate and Materials Management Forum), Annie Leonard shared what she has learned on her journey with the now famous Story of Stuff. “Information is a poor predictor of behavior change”, says Annie, pointing to loads of studies. The real barriers to behavior change are structural, economic and legal.  They are also cultural, and – what Annie cites as the biggest barrier of all – “We are losing our citizen muscle. We’ve lost our ability to make change.”

Enter the Cool City Challenge - a new initiative about making cultural change, and building citizen muscle around the themes of low carbon lifestyles, resiliency, fun! and more.  Best of all, once our muscles are rebuilt, we can take our collective "demand" and apply encouragement (where deserved) and pressure (where needed) to evolve the "supply" structures, economics and laws that drive our (needs-to-be) Green Economy.

So what is the Cool City Challenge?

I discovered this unique SMART innovation as part of the NASA/SSV Showcase of Solutions for Planetary Sustainability back in May.  Several colleagues and I submitted a like-minded idea, having hatched it in a sustainable design workshop hosted by SSV.  Focused on building neighborhood resiliency in response to the warning cry of Superstorm Sandy, Mission: Resiliency took a game-full approach to building local collaboration muscle through targeted missions.  How exciting for us when the Cool City Challenge won the "human impact" category in the Showcase.  Here was an initiative designed, in its own way, to do what we visualized and more. 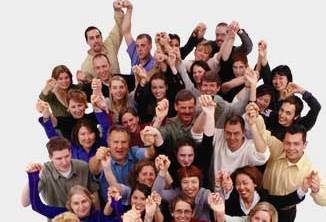 In addition to creating resilient neighborhoods, the Cool City Challenge seeks to help households "achieve deep carbon reduction, catalyze demand driven green economic development" and collaborate to create more "livable" cities, neighborhoods and blocks. The CCC folks will be integrating their proven programs in these four areas, all created, developed and evolved by the Empowerment Institute, an organization devoted to social innovation.

Based on specific actions, complete with stepwise recipes and linked to local resources, the Cool City Challenge initiative will engage its participants in a very direct way. Having tested out these programs "a mile wide and an inch deep" in 300 cities in 8 different countries, the Empowerment Institute has now designed the CCC initiative for deep-dive implementation within a few early adopter cities, which can then become teaching cities to the nation and the world.  Five Northern California cities have signed up to vie for the opportunity to become deep-dive early adopters - including San Francisco, Palo Alto, Davis, Sonoma and San Rafael.

The Cool City Challenge exhibits all the qualities of "SMART", and I am personally committed to helping this effort succeed.   It's "system-savvy", in that it links green economy "demand" with "supply" to activate a whole sustainable system. From participation levels to actions taken and more, its many dimensions will be measured, allowing it to be managed intelligently -- learning, responding and adapting to real-world findings. Beyond the first-order actions it catalyzes, the CCC will engage in regenerative second-order change.  The change propagation methodology - centered in practices like shared visions, win/win strategies, and teaching peers -- is described in CCC leader David Gershon's book, Social Change 2.0. Finally, though based on proven programs and led by a preeminent social change leader, the CCC ultimately relies on and builds out trust in its participants and their neighbors.  It is this trust -- the kind that is built through direct engagement with one another -- that is the coolest result of all.

Stayed tuned for news as the Cool City movement takes shape and unfolds!